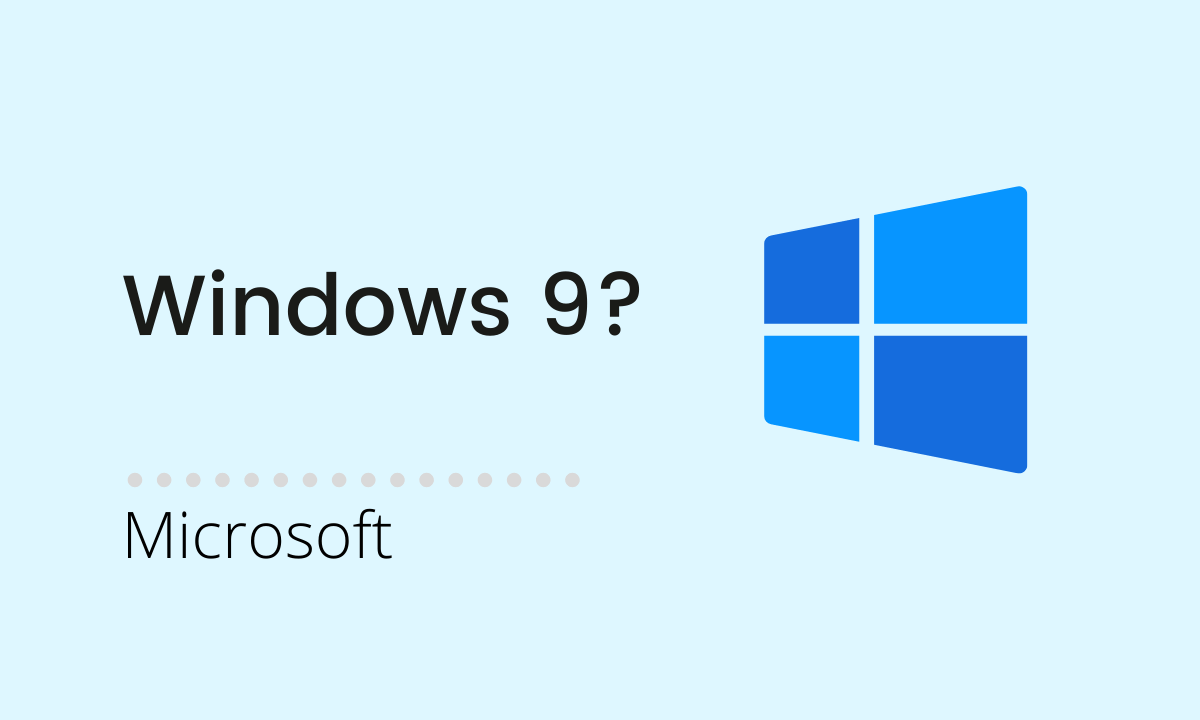 Well, it’s quite common doubt arising after learning the name of the next version of Windows as Windows 10. Why Microsoft don’t want to name it Windows 9? As it’s a successor of the previous version of Windows 8.x. The real fact behind this name game has not official yet. But we analyzed it with various scenario cooking on the web.

I remember that, before an announcement of the Windows Vista, most of software’s minimum OS requirements were Windows 9x. Even though, that time was largely dominated by Windows XP. Most of the software that can run on Windows 98 also capable to run on Windows XP.

Which might create a confusion in the mind of a reader. Because Windows 9x or Windows 9.x have a merely difference of a single dot. Although people of aware of the fact that the new software = new platform (Windows 9.x) and not an old platform (Windows 9x), Microsoft could be taking it as controversial. So, this is one of the reasons behind Windows 10.

The number 9 is considered unlucky In Japan, where Microsoft has good presence. To avoid an obstacle in the momentum of Windows in Japan, Microsoft became favorable to ignore the number 9 as a next Windows edition. History says that, in the same way the Trend Micro, a Japanese antivirus company did the same thing a few years ago that Microsoft is doing right now. Trend Micro was skipped the version 9 of their antivirus suite.

Obtaining the out of box strategy can be helpful to fueling the sales of the product. Grabbing people’s attention toward the product (especially new) is the generic marketing tactic. With adhered to this practice, Microsoft may try to make people to discuss online offline about their version strategy. Which will be a reason for mouth publicity; one of the most viral yet the free marketing strategy. In my opinion, Windows 10 grabbed ample publicity via skipping the version 9. This may be a part Microsoft’s marketing strategy.

So, this is my research on Microsoft naming strategy. Please do share with us if you have more relevant analysis on this topic. The reasonable analysis will be published with your credits.

How to delete similar emails in Gmail